I sound way too much like a nagging dad lately. You know, lecturing when I should converse. I catch myself coming off way too serious, using words like “should,” terms like “young lady,” and seeing danger wherever my daughters see fun.

“Get down off of there! Where do you think you’re going? What time are you going to be home?”  I’m starting to remind myself of my parents when I was a teen, and that scares me. More frightening still is the idea that I can’t let go, trust my daughters more, and allow them to grow more independent without constantly fretting or hovering over them.

It’s natural for a parent to be concerned. It was a big deal for me when I first let my kids cross the street by themselves and walk to the store. Then I had to adapt to the notion of letting them drive a car. Soon they’ll be leaving home to go off to college. Then I’ll be worrying about serious things, like spring break!

I remember when I was a college student. After a demanding winter of homework and exams, spring break was the most fun I had all year. After months of discipline and self-sacrifice , it was an important outlet. A perpetual party, the modern equivalent of a Dionysian Roman ritual, spring break is a rite of passage and a defining moment in the lives of millions of kids.

Spring break has been portrayed in movies as far back as the ‘60s Where the Boys Are, one of the first teen films to explore adolescent sexuality and the changing sexual morals and attitudes among American college youth. In 1986 MTV launched its first spring break special. The images it broadcast only reinforced spring break’s reputation for alcoholic and sexual excess. Last year’s explicit movie Spring Breakers took violence, binge-drinking and risky sexual behavior to new heights, or lows if you’re the father of three girls like myself.

The thought of my girls going on spring break freaks me out!

My girls are pretty levelheaded and straight-laced, so perhaps I’ll have nothing to worry about. Heck, they are probably more likely to end up as missionaries than as spring break party chicks. Maybe they will choose an alternative spring break trip— Break Away®, an organization that trains and helps colleges across the United States, promotes alternative break programs— everything from tutoring migrant farm workers in Florida to registering voters in rural Mississippi. That would certainly ease my concerns. But I should be prepared in case they choose to attend the bacchanal of sunburned bodies, margaritas and wet T shirt contests.

Educating our children about the perils of life is not easy, especially as they get older because they “know it all”. I find the most effective part of communicating is in the tone rather than the content. It’s not what you say it’s how you say it, as the old saying goes. When I employ that authoritative, judgmental way of speaking with my kids, I’m certain they tune it out just like I did when I was their age.

I remember my mom lecturing me. Even though these days I can appreciate her efforts to impart years of acquired wisdom and knowledge to protect me, and I understand that it came from a place of love, I still realize how completely ineffective all her advice was. Why? Because she was talking at me, not with me.

It takes patience, commitment and creativity to get through to kids these days. Instead of being a nagging dad, I think I’ll have more influence as an effective storyteller to encourage my kids to contemplate some potential spring break disasters BEFORE they happen. I’ll ditch the parental power approach, and spin a colorful yarn instead. Yeah, a narrative that goes more like this: “Want to hear a funny story about your dad on his spring break?” I’ll sit down with my children as their parent and mentor, and talk about that crazy week between the first weekend in March and Easter Sunday in April, when wound-up college kids blow off all their steam and test their independence. If I could entertain my daughters with a teachable tale, then confidently reassure them that I trust their discretion, there’s a good chance that I will be more successful than my mom at imparting my years of wisdom in a sage series of palatable advice. Maybe!

Since my girls do well academically, I thought presenting spring break as an outdoor “classroom”, a social practicum, a kind of casual laboratory where students can apply and test theories and thoughts on becoming an adult would be a good way to frame the week-long event.

It’s also a chance for them to explore real world experience in leadership (who makes the hotel reservations), teamwork (who shares the bed/gets the couch), judgment (what to wear or not to wear, which event to attend) and even basic survival skills (what to do when their money runs out).

There are times when we have to anticipate a possible “mistake” and give advice before the teachable moment occurs—before spring break gets too wild and goes too far. Personally, I have to resist the urge to blurt out the typical kind of warnings and admonitions for which parents are so famous for.

“Don’t drink! Don’t do drugs! Don’t kiss a boy!” And like a mother hen, I’ll probably include, “Remember to use sunblock!”

We can empower our kids to have a safe and sane spring break and still have fun. We can start by talking about what they can do, and then brainstorm solutions if they happen to find themselves on the “don’t do” side of things! For example, if under age drinking is a concern, what virtue would you have your kids call upon? Self-discipline? Moderation? Perhaps sex, or worse, unprotected sex is a concern. Invite them to think about what they would do if they ended up in that situation—what virtue or character strength would they need? Respect? Modesty? Courage? And how would they get out of it? If we take the time, we can help our kids to craft safe and sensible boundaries and avoid troublesome situations. I wish my mom helped me to realize that when I was on spring break!

I pulled out a shoebox of old photos and shared my story as a young college student on spring break. I showed them a snapshot of me in Mexico as a teen; they laughed at how ridiculous I looked in a big sombrero, sitting on a donkey painted like a zebra with my arm around some strange young gal.

They looked at me kind of cross-eyed and disapprovingly.

I continued with my first-hand account of spring break and shared a story about the football player on the train in Mexico who kept doing tequila shooters until he was convinced he was Hercules. He told everyone around him that he could pull his seat right off the floor, and sure enough he did.  He was arrested immediately and placed in a very primitive jail cell, something right out of the old west. It had an open window with bars, and we all saw him peering out at us as we pulled out of that sleepy little town in the Sonora Desert and headed on our way to Mazatlan without him.

Sometimes young people think that life is a game without rules, until they go too far and they are forced to pay the consequences for their foolish and ignorant behavior.

Fear is powerful. Sometimes instilling a little fear in our kids’ minds to deter them from making bad choices can be an effective way to convey a teachable moment—I told a really tragic, disturbing story… Hundreds of guys and girls sitting around the pool in Palm Springs, CA, laughing, drinking, enjoying life away from all responsibility, rigid structure and demands of academic life… suddenly there was a loud hoot from above… all eyes looked skyward—standing on the roof of the hotel, three stories up…. was a guy holding a bottle of booze… he hooted again and jumped off the roof into the pool… everyone heard the smack of his body hitting the water, directly followed by a dull thud! Then there was total silence. The body slowly rose to the surface. The pool water was bloody. Someone called the police, and a few minutes later the ambulance arrived. The pool area emptied, just minutes ago it had been a sunny oasis… now it was a lonely, sad and fearful place.

Yes, fear is powerful, and it may linger in the back of our kids’ minds, but it doesn’t really stick. Even the most indelible images can be forgotten in a moment of desire. When we can get our kids to call upon their virtues, their character strengths, they become empowered and have a better chance at making the right choice.

I believe the best advice I can give my daughters is to tune into their self-discipline, to choose to not drink, do drugs or engage in loose sexual behavior. Self-discipline is having the self-control to do only what we truly choose to do, without being blown off course by our desires. It is establishing healthy and ennobling habits.

“I think moderation and modesty are especially relevant for girls on spring break to help them resist temptation and excess while still allowing a little wiggle room to have fun!”

Moderation is so important in so many areas of life; too much of a good thing can be dangerous when you don’t fully understand the consequences. Moderation is being content with enough. It is using self-discipline to create balance and keeps us from overdoing it.

Modesty is self-respect and quiet confidence. It is accepting praise with humility and gratitude. It also means having a sense of respectful privacy about our bodies.

Rather than read the definitions to my girls, I grabbed my tablet and played the “V” video, M&M on Spring Break for my girls.

I asked my girls what they thought of the video. They were a little embarrassed, and insisted that they would never behave in a manner that would shame or endanger themselves, but I know from experience that our rational inner voice can quickly become muted under certain circumstances.

I asked them what moderation would look like if a cute guy encouraged them to join him doing shooters or smoke a joint, what they would say?

“Oooooh! Gross! No way, dad!” they said in unison.

At this point, they can’t possibly imagine themselves in a situation like that. But their outlook may change dramatically within the next three to five years.

“OMG, dad, we’re just not like that!” they chirped uncomfortably.

They insisted that not only would they refrain from such actions, but they would also discourage their friends from doing such a thing. I’m comforted by their reactions, but I know that resistance can break down with alcohol and the wrong sort of encouragement.

Even though the conversation was a little awkward, it was positive and productive. I am confident my girls are more aware of how they can use their character strengths to assert themselves and set clear boundaries around their safety.

Yes, the day may come when, one by one, my daughters will venture off to Mexico, the Caribbean or Palm Springs, or wherever it is that young people congregate during spring break these days. As I wave goodbye I’ll say, “Have fun girls, but remember moderation and modesty”, trusting that they will choose to have an awesome vacation, and make some amazing memories (that they actually remember!)

Special thanks to Wendy Mather and The Virtues ProjectTM. 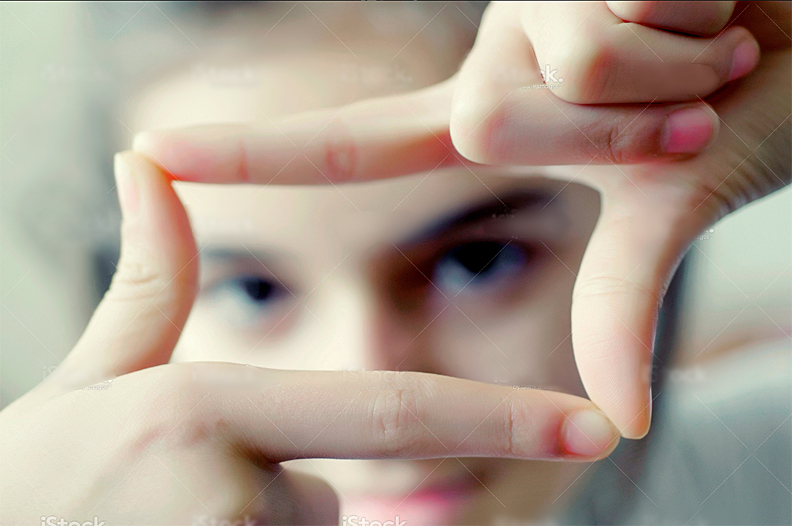 Special thanks to the Virtues Project.

TVC is made possible by the generous support of The Medina Family Trust, Stefan and Kathy Graf, The Harry Singer Foundation and tax-deductible donations from people like you.